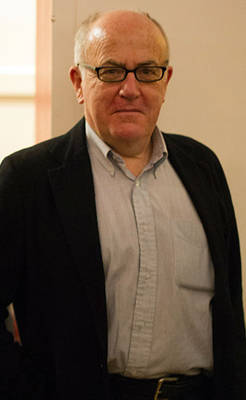 ‘Bruce Chatwin and the Nature of Human Restlessness’

– By Nicholas Murray (author, journalist and biographer of Bruce Chatwin

The Colloquium was held to honour the 25th anniversary of Chatwin’s death; it was introduced by a Lower Sixth College student, Tamsin Bracher (Mo, L6).

Nicholas Murray began with a quotation from one of Chatwin’s reports at Marlborough College, stating that ‘he was rather dreamy and vague about the place’. What kind of a writer was he – similar to this – different from it? Murray’s literary starting point was Chatwin’s novel, ‘On The Black Hill’ (1982) – a seemingly traditional novel, as Murray put it, coming out of the blue after ‘In Patagonia’ (1977) and ‘The Viceroy of Ouidah’ (1980). Chatwin’s involvement in the Welsh Border country, the landscape of the novel, began in his childhood – “one of the emotional centres of my life,” as Chatwin described it. Two real life brothers were the models for the two brothers in the story – the narrative was diligently researched, as were all of Chatwin’s works. Murray rejected the perspective of some reviewers who found the novel couched in clichés, asserting that the fundamental subject of the book is true to Chatwin’s abiding preoccupation: the sin of settlement and the nature of human restlessness. This idea was explored most obviously and explicitly in ‘The Songlines’ (1987), developing Pascal’s observations on the same theme.

Well before Chatwin’s decade of creativity (1977-88), he had dedicated much time to the reading, study and pursuit of nomadism. Rushdie writes of how ‘The Songlines’ helped give Chatwin flight as a writer, putting into volume form the obsession of his life up to then. Rushdie sees ‘Utz’ (1988) as the beginning of a new phase of authorship that was cut short tragically by his death.

For Murray, even the early work ‘On The Black Hill’ portrays the sense of how instinctive human drives can become warped by settlement. He stated that Chatwin himself was a kind of hunter-gatherer of ideas, a process that fed his imagination and his creativity in all his works. In a sense, it does not matter that Chatwin’s great theme of instinctive human restlessness does not hold water for academic anthropologists – it was a creative well-spring for both the writer and his readers. Similarly, despite a number of pot-shots at Chatwin’s way with the truth, whereby he blurred lines between fact and fiction, many of his admirers resent such criticism for its killjoy nature, missing the enchantment and mystery of his stories. Murray did feel, however, that it is wrong to read Chatwin as a kind of mystic demagogue, and Chatwin himself wrote of the “rational and scientific” impulse in his own mind. Indeed, Murray said, it is precisely the tension between Chatwin’s sense of the uncanny and his powerful rationalism that provides the reader with such interest. In ‘On The Black Hill’, for example, we find an almost forensic visual eye for detail alongside the novel’s deeper preoccupations.

‘On The Black Hill’ is by no means an idealised portrayal of rural life. When the character Amos says that it is the ‘winter that makes me mad’, Murray suggested that Amos is giving voice to the human fight against the bonds of earth-bound settlement; Amos can only find relief and release in religion.  Amos’s wife feels trapped herself because she has known the wandering life in youth (travelling extensively abroad), and she suffers very much that same winter in which Amos ‘turns’ and goes ‘walkabout.’ She finds herself moved by a mimosa flower that falls out of a letter from their absent landlady – the flower conjures up for her memories of the Mediterranean spring. However, she will never see its like again.

The two sons in this novel have only known the one place of the farm. They are twins (prior to writing the novel, Chatwin had researched heavily the lives of twins), but they are very different. Benjamin is happy in domesticated life whilst Lewis (like Chatwin as a child) is obsessed by geography and atlases – also by aeroplanes. In a sense, said Murray, the twins symbolise the two sides of human nature: one home-loving, the other permanently unsatisfied. At the same time, both brothers share regret at their shared childlessness, and their 60th birthday celebration is a grim affair. However, at the end of the novel, a lost nephew returns and they develop affection and hope for the future through him. When Lewis takes the controls of the aeroplane in which he flies with Benjamin, that ten minutes’ experience of movement is worth everything.

One critic has read the novel as a Christian romance, a reading given credibility by some of the farms’ names. For Murray, the novel does demonstrate, perhaps more implicitly, a link between secular restlessness and spiritual yearning: significantly, Chatwin was interested in the Celtic sensibility evident in Border Country life, the pantheistic sense of spirit in nature and nature in spirit.

For Murray, Chatwin was, above all, a writer.

“A magician, yes, but a magician of the world,” said Murray.

In question time, Murray was asked what had made him become so interested in Chatwin. He replied that it was not only because he himself lives in the Welsh Border country and was much struck by ‘On The Black Hill’, but also because (like so many readers of the 1970s and 1980s), he had been entranced by all of Chatwin’s writings – and by what was, undoubtedly, the ‘cult of Chatwin’ at that time.

English beak Mr Nicholas Gordon (NOPG) asked about the link  between Chatwin’s actual experiences of uprootedness as a child and his imaginative realm. Murray agreed that this is important – and also suggested a possible link between the self-imposed secrecy of his private life and the notion of ‘running away from himself.’

Another questioner asked about Chatwin’s dislike of the phrase ‘travel writer.’ For Murray that was because Chatwin was not interested in travelogue at all.
Murray then pointed out the influence of Chatwin upon contemporary writers such as William Dalrymple and Robert Macfarlane. Chatwin’s writing style, its fluency, elegance, economy and lack of heaviness, has also been influential. 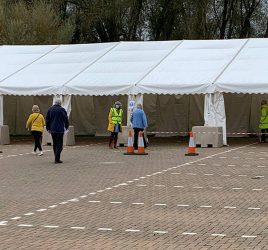 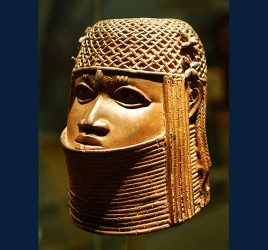 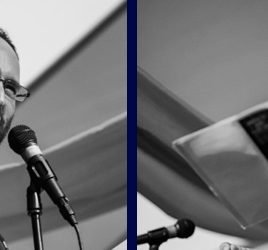 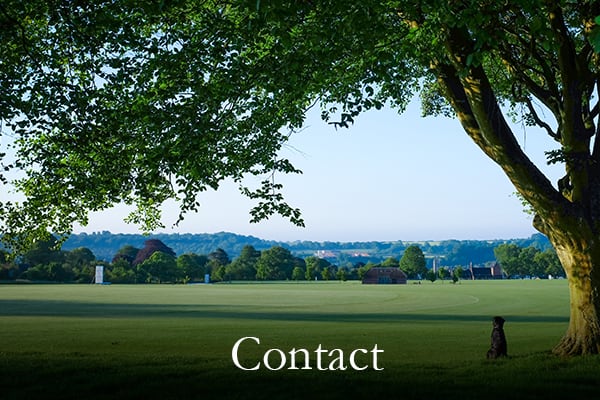 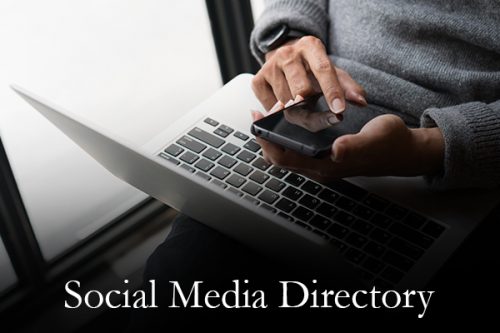