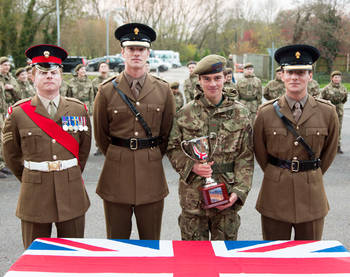 The CCF Hundred Drill Competition was held on the Parade Ground on Wednesday 19th November under the watchful eyes of Three Grenadier guest judges.

1 Section were the victors and lead by Cosimo Amati (C3 Hu). Maximus Nobes (CO Hu) should also be mentioned for his excellent leadership of 2 Section all the Hundreds were on good form and can be congratulated for their efforts.