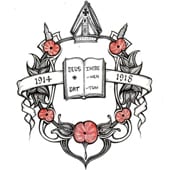 This film, which lasts 58 minutes, has been made as part of the College’s First World War Centenary Commemoration, and tells the stories of some nine members of the Marlburian community one hundred years ago.

It is based very much on their writings and on their experiences told through their own words, or through the words of those who have known them either personally or by studying them. It attempts to link their past with our present, and in so doing to preserve the collective memory of all those who served and who gave their lives.