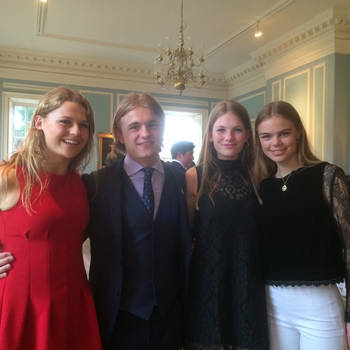 On Sunday 19th June, 18 of the 21 new Heads of Houses met together to consider their new roles, and aspects of leadership within both the houses and the school more generally.

A brief introductory exercise addressed any initial awkwardness, and got the new Heads of House thinking about some of the presentation skills they would need – as well as the value of knowing everyone in the house by name, and being known by them as the “face of the house”.

The next session focussed focused on skills and qualities: both those we recognise in ourselves (or at least hope we have!) and those which are perceived in us by other people. This helped Heads of House to understand why they might have been chosen for their new roles, and to see their skills, characters and personal qualities in the context of the needs of their own particular houses, and Hms, going forward next year.

It was agreed that, among many other things, good communication skills, initiative and generosity, compassion and approachability were vital skills for pupil leaders within the boarding house – good organisation and a good sense of humour were also pretty important!

Heads of House then used a brief psychometric test to ascertain their preferred styles of working with others. Almost inevitably, perhaps, given the boarding context, the majority turned out to be “socialisers” whose strengths lay in their open, collaborative interaction with other people, as well as their warmth and friendliness. Others found that their preferred style was as a “relator”, where the “personal touch”, a relaxed manner, an avoidance of confrontation and an emphasis on loyalty and empathy were perceived as strengths. Still others were “thinkers”, whose organisational skills, ability to deliver on tasks, attention to detail and care about the welfare of others were undoubtedly going to benefit the houses they sought to serve. Finally, those whose preferred style lay in “directing” hoped to use their ability to focus, their efficiency and determination, and their decisiveness to effect changes which would help move their respective houses forward.

Understanding more about their own individual preferred styles – and how this may impact on other members of their house Upper Sixth teams – led to some excellent discussion about the challenges and opportunities of the Head of House role, in a session led by Mr Miller, and expertly informed by his experience of working with Heads of House in C1 over the last eleven years.

After a break to indulge in the delicious home-made cakes and savouries laid on by the Con Club, the Heads of House were ready to tackle the construction of a job description, and to look at some case studies, for which they split into their separate sorts of houses: boys’, girls’ and mixed. The thoughtfulness and mature insight evident in their discussion was truly impressive. What was striking was a real sense of wanting to make a difference for good in the lives of other people in the houses.

Their willingness to give up time and effort to serve others, allied to the strong integrity present within this group of young Marlburians, and a tremendous sense of fun, was notable on (yet another) rather damp Marlborough afternoon – and generated a real sense of enthusiasm and confidence about next year’s Upper Sixth.

The day ended with a joint dinner for Prefects, Heads of Houses and those involved in the process of selection and leadership training. My thanks go to Mr Miller, for all his help; and to the Heads of Houses themselves, for their good company, their lively enthusiasm for the tasks ahead and their positive commitment to making the boarding houses welcoming, safe and happy communities where all pupils can thrive.