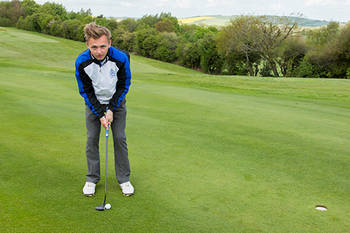 Sophie Shakespeare (EL U6) represented England U18 Hockey in a series against Germany at the start of the month.

Nell Macaire (NC L6) who has been asked to represent the College in a mixed SUPA competition.

Records were also broken on the House Athletics Finals day. Well done to Scarlett Thompson (MM Re) for her 10.23m jump in the Triple Jump and to Millie Middleton (IH Re) for her 12.50s 80m Hurdles. Millie now holds the Shell and Remove School Hurdles records.

Congratulations to Charlie Madden (C3 Sh)who has been selected to represent Great Britain in the European Triathlon Championships in which he will swim, run and shoot.

Congratulations to Breagha Campbell (MM L6) who has qualified to represent Great Britain at the Triathlon Word Series Final in Mexico in September.

In recent weeks, Jamie Amor (C3 U6) carded an amazing score of -2 over 36 holes at his home club in Marlborough to finish second in the Wiltshire Senior Championships.  He also won the Wiltshire Foursomes and represented Wiltshire in South West Week – seven days of inter-county matches against Cornwall, Devon, Dorset, Gloucestershire.

Congratulations to Nick Rusinov (SU Re) and Olivia Gregory (MO Sh) for qualifying for the National Athletics Finals. Also to Ellie Spark (MM Hu) for representing Wiltshire at the combined events regional championships. She finished just 200 points short of the national qualifying standard in the heptathlon.

Well done to Max Fillingham (TU Hu), sponsored by JLT Speciality, won a Silver Medal in the U18 male final at the British Karate Championships in Sheffield on Sunday 29th May.

Charlie Madden (C3 Sh) has been selected for the GB team in the European Triathlon Championships to be held in Portugal this summer.

Henry Martin (PR U6) has been offered an England 7s Academy contract after impressing at a the first England Sevens talent ID camp. Click here for more.

Sophie Shakespeare (EL U6) represented England U18 Hockey in a number of internationals, including a convincing win against Scotland recently.

Millie Burdett (MM Re) and India Shakespeare (EL Re) have been selected for JRPC – further names to follow we hope.

A number of Athletics records have been broken including:

And in Tennis, Harriet Eyles (MM Sh) played at number 1 seed for Wiltshire at the Aegon 14U County Cup 2016 Finals – staged at the Nottingham Tennis Centre.

Marlborough College had an entrant and winner in the Eton Triathlon on Sunday 22nd May.  Congratulations to Breagha Campbell (MM L6), in her first ever triathlon, who won the girls’ 17-18 age group.

Congratulations to Honor Koe (MO L6) and Tertia Paterson (MO L6) on completing the Windsor Half Marathon on Sunday 22nd May, raising over £1,300 for War Child.

Olivia Gregory (MO Sh) broke the College Shell girls’ record for Discus with an impressive throw of 28.23m in mid-May.

James Krens (LI Re) and George Nicholson (C3 Re) has been selected for the JRPC South West hockey squad.

Congratulations to Lizzie Daniels (U6 IH) who was awarded a Gold Award by the Associated Board of the Royal Schools of Music (ABRSM) for gaining an exceptional result in her Grade 8 singing exam.

Congratulations to oboist Jonathan Venn (C3 L6) who has achieved a mark of 90% in his ATCL Diploma; the Diplomas are conferred by Trinity College of Music, London and the standard equates to what is expected at the end of the 1st year of study at a University or college of music. The award also entitles Jonathan to use the letters “ATCL” after his name.

Congratulations to Billy Mead (C1 L6) who was selected for Hampshire Cricket 2nd XI for their match against Surrey at the Ageas Bowl on Monday 18th April.

Jon Lam (C1 Re) gained a Distinction and Medal in the UK Maths Trust Olympiad and Ben Place (C1 Sh) gained a merit. Jon’s score was one of the top 100 scores nationally.

Congratulations to Stasi Knight (CO L6) who played three hockey matches for the senior Wales hockey team over the holiday. In a test series against Switzerland, Wales won all three matches.

Ella Bennett (IH L6) has been selected to represent Great Britain at the following events:

You can read more about Ella’s sailing achievements, training programme and the new gym facility at Marlborough in the Spring edition of Marlborough Together here.