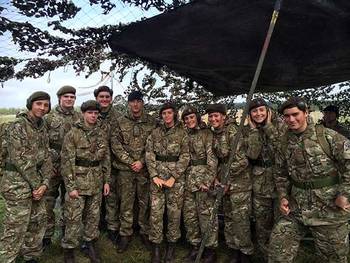 Commonly known as the ‘Gunners’, the Royal Artillery provides firepower to the British Army. The day was spent visiting the Gun line where the cadets had the chance to fire a 105 mm Light Gun they witnessed 3 105 mm Light Gun crews firing High Explosive and Smoke ammunition.

After lunch the cadets visited serving soldiers and had the opportunity to talk to them about their role in the Artillery also getting to see and crawl over the many tracked vehicles of the Royal Artillery’s  equipment on show.

Many thanks to Colonel R Lee RA and his team at Larkhill Garrison for this opportunity.