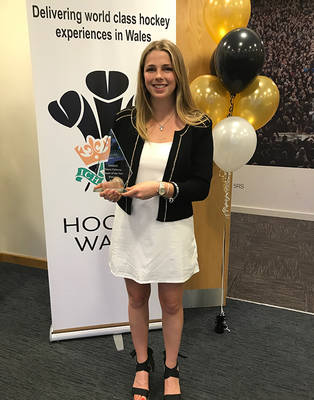 Gabriel Debs (PR L6) became the first person to complete the History Department’s difficult ‘Young Pioneers’ Challenge’: this involved learning a huge body of material from the last 1,000 years of History, researching his own areas from scratch, and passing seven viva discussions.

Congratulations to Miya Scott (MO Re) who has been chosen to represent Scotland at the European Junior Touch Championships in August. The championships are taking place in Dublin, Ireland. Scotland will be competing at Under-18 and Under-15 level against sides from Czech Republic, England, France, Germany, Guernsey, Ireland, Jersey, Middle East, Netherlands, Sweden and Wales.

Well done to the following pupils who completed the Intermediate Biology Olympiad on Tuesday 27th June with the following results:

Creative Writing pupils, Tara Pusinelli (MM L6) and Emily Symington (MM L6), had their entries longlisted for the Tower Poetry Competition, which is organised by Christ Church, Oxford.  This is a fine achievement in a highly prestigious annual competition, judged this year by the poets Sarah Howe and Vahni Capildeo.

Another Creative Writing pupil, Matthew Hook (C1 L6), who has made a specialism of flash fiction, had one of his pieces, ‘Laughing,’ accepted for publication in the online magazine, 101 Words.

Congratulations to Stasi Knight (CO U6) who received the Young Talent Performance Player of the Year Award from Wales Hockey at the Cardiff City stadium on Saturday 10th June.

Will Hammersely (PR Sh) made a fine total for the Yearlings in their win over St Laurence – 209 off 99 balls. This following his 100 vs Radley.

At the 20th College ERGO competition, Breagha Campbell (MM U6) beat the Upper School girls’ record by 18.7 seconds with a time of 7:28.0 minutes for 2000m. The time would have put her only just behind the senior GB Olympic Women’s Rowing squad and ranked her 18th in GB Open Women’s Indoor Rowing.

Over Easter, Honor Mills (EL Sh) was selected for the English Lacrosse Talent Pathway and will now train three times a year with the top players from the South-West Region.  Claudie Grainger (IH Re) is already a member of this pathway, and has progressed to representing the top U15 South-East team at this weekend’s regional tournament.  Congratulations to both girls.

Will Cook (SU Hu) and Archie Griffin (C3 Hu) both played for Bath at the Wellington Festival and performed well. Henry Adamson (LI Re), Christian Freeman (SU Re) and Arthur Hardwick (TU Re) all played for Bath U15s last weekend and are in contention for the forthcoming Harrow Festival. Tom Hunt (C2 L6) will play for Bath U17s V Exeter U17s at Cleve RFC on Friday 21st April.