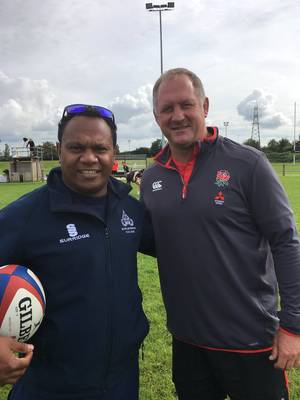 As we are quickly progressing onto the third week of term and are about to play our block fixture against Cheltenham on Thursday 22nd September.  It feels like the right time to reflect on the past two weeks on behalf of the Senior XV plus an insight into my time at the helm as Head of Rugby.

I’ve been looking forward to the Michaelmas Term as it has been an agonising wait for me to get started at the College and having had a brilliant pre-season with the Senior XV, it was time to watch some entertaining rugby.

It’s definitely been entertaining and although the results may read differently, the attitude of the Senior XV has been exemplary in their ability to be leaders on and off the pitch adopting our values of respect, responsibility, rigour & resilience to create a positive & progressive environment.

We are on the verge of stability as a squad, as like most teams throughout the College we have suffered some injuries in key positions. Yet the ability of our boys to adapt and commit to playing rugby for their respective squads has been an admirable trait.

It’s been a fantastic start to the term with a group of boys that have bought into the ethos of expressing themselves and I look forward to the next chapter at Marlborough College.