Dan Clark is currently the Head of Religious Studies and Philosophy at Marlborough.  Educated at George Heriot’s School, 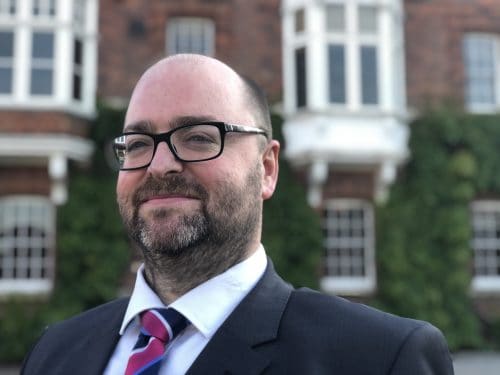 Edinburgh, before reading Philosophy and Theology at the University of St Andrews, Dan started his teaching career in a comprehensive in the city of Derby and was appointed Head of Religious Studies at Repton in 2008.  In his eight years there, he was also responsible for the timetable, was RHT in two boarding houses and founded an annual pupil exchange with a school in the UAE. Since arriving at Marlborough in 2016, in addition to leading a thriving department, he has been RHT in C3, Master i/c House Challenge and coach to the Yearlings 4 cricket team.

Dan has carried his passion for Philosophy into his hobbies, with recent continental philosophy and post-modern feminism among his academic interests.  In his spare time, he is an obsessive fan of ‘The West Wing’ and in the holidays can be found indulging his passion for luxury travel to far-flung destinations.

Dan said: “I am absolutely thrilled to take on this role leading the academic life of the College and I am looking forward to working closely with pupils, staff and parents in forging further academic success for Marlborough.  I am particularly excited to be taking on this post at the same time as Jimmy arrives as Deputy Head Co Curriculum and Outreach and I am looking forward to working with him to ensure that Marlborough retains its position as the UK’s leading co-educational full boarding school.” 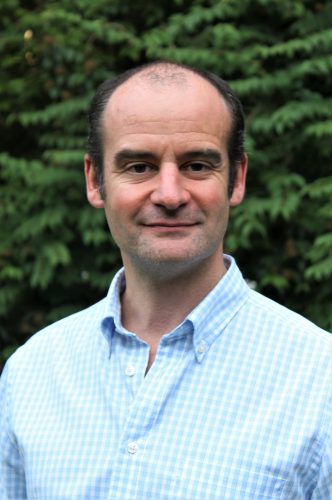 After reading Classics at Oxford, Jimmy Scragg began his teaching career at Oundle School. From there he moved to the Classics department at Eton College, where he also ran the boat club for five years and was a CCF officer for many years. He went on to become a housemaster, and after eight years is now one of Eton’s senior housemasters, heading a group of six other HMs. During that time, he also covered the Director of Welfare role, and he recently worked as Ofqual’s lead reviewer for the new examinations in Classics. He sits on Eton’s professional development, academic development and staffing committees and chairs the common room’s representative body.

Jimmy has been a prep school governor, is chair of governors at an academy in a deprived area of Slough and is also a director of a multi-academy trust. In this past term, Jimmy’s house has provided the lion’s share of Eton’s key worker accommodation and he has run the school’s provision for key worker and vulnerable children of primary age.

He is married to Marianne and they have two daughters, Talitha (11) and Rhea (10) who hope soon to come to Marlborough. Their own home is in Shropshire, where they much enjoy the great outdoors in the company of Floyd, an irrepressible flat-coat retriever. All the family are also keen on their music (even Floyd, who sings along to the girls’ flute and clarinet practice).

Jimmy said: “I am very excited to be moving to this role at one of the UK’s great co-educational boarding schools. I am very much looking forward to getting to know the current generation of Marlburians and, given the context of our times, helping them to make a really telling contribution to their local community, and indeed more widely.”

The Master, Louise Moelwyn-Hughes, commented: “we have gone through a rigorous process in recruiting Dan and Jimmy to these vital senior roles and they were the stand out candidates by far. They bring vision, passion and a breadth of experience to these positions which will be invaluable to the College as we move forward with these areas of our Strategy.”

A Review of the Summer Term in Art