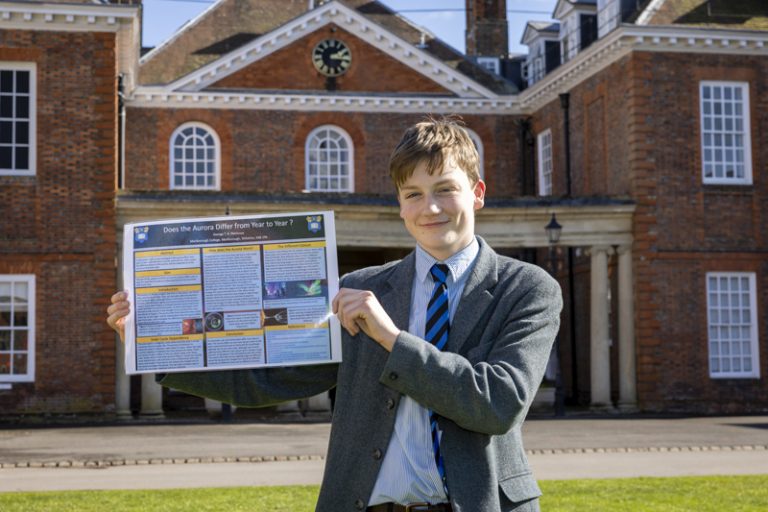 The College extends its warmest congratulations to all our pupils for the following rich array of individual and team successes. These are inevitably only a snap-shot of the term and we know that many more pupils have made noteworthy contributions which we also applaud.

The Upper School Boys’ Merit Prize was awarded to Preshute and the Girls’ to Dancy.

Well done to Emily A (U6) for a brilliant concerto performance alongside the London’s Southbank Sinfonia.

Hockey: Congratulations to the Junior Colts 2s who are Independent School Hockey League Champions; to the 1st Xl captained by Donald C (U6) who competed well in England Hockey’s Tier 2 National Cup reaching the 3rd Round and to the 1st Colts who made it through to the 4th round of the Tier 1 National Cup.

Lacrosse: Well done to the U14As who won division two at the South West Schools Tournament. At National Schools, the 1sts qualified for the 1st division, finishing in the top 8. The 2nds won their pool, qualifying for the first division for the top 16 schools in the country.

Kitty M (L6) has been selected to play for England in the Home Internationals in Scotland in April. She has also been invited on the England tour to the Czech Republic in August.

Netball: The 1st VII, captained by Tallulah B (U6) were runners up by 1 goal at Seaford Sevens Invitational, and won the Bradfield College Invitational, beating Wellington in the final.

Congratulations to Eloise B (L6) who trains with the Team Bath Academy Development Centre.

Jonny H (U6) was selected to represent the South-West rugby squad which beat Eastern Counties & the Northern Districts. Byron L-G (U6) represented the U18 Bath Academy in every southern Premiership and has been offered a contract with Bath Rugby which comes with a scholarship to Bath University. Lower Sixth pupils, Otto B, Charlie B, Jamie C and Ed W will represent Bath U17 in the Premiership tournament this Easter and Max R will be playing for Worcester.

Clay Shooting: Congratulations to Sophie H (L6) who has been chosen to represent Great Britain in the World Championships. Sophie also won the female high gun in all 3 major inter-school competitions this term.

Maddy H (U6) has been selected to train with the U18 and U21 National Youth Squad for Eventing.

Fencing: Congratulations to Zara H (Sh), Luke W (Sh) and Lottie J (Re) who won medals at the recent Public Schools Fencing Championship and to our girls who won the trophy for most improved team. At the Southern Region Qualifiers, Phoenix F (Hu) won a silver medal in épée and a bronze medal in sabre. Lottie J (Re) won a silver medal in épée and both Phoenix and Lottie qualify for next term’s national championships.

Lottie J (Re) has been selected to represent Northern Ireland and Max C (L6) Jersey in the Commonwealth Fencing Championships this summer.

Fives: At the West of England Championships, Kai N (Re), Archie T-L (U6) and Adam K (U6) were semi-finalists in the singles trophy; and Archie and Adam won the plate doubles.

Polo: well done to our polo players who won the SUPA Senior Schools Arena National Championships both in the Intermediate and Beginners Sections.

Rackets: Congratulations to Sophia M (Re) who won the 2022 Beryl Danby Cup Final to become U16 National Champion.

Swimming: The Marlborough Bath Cup girls’ freestyle relay team of Helena C (Sh), Saffy R (Sh), Zara B (U6) and Tilly N (U6) broke the school record for the freestyle relay in a time of 2min 03.23 secs.