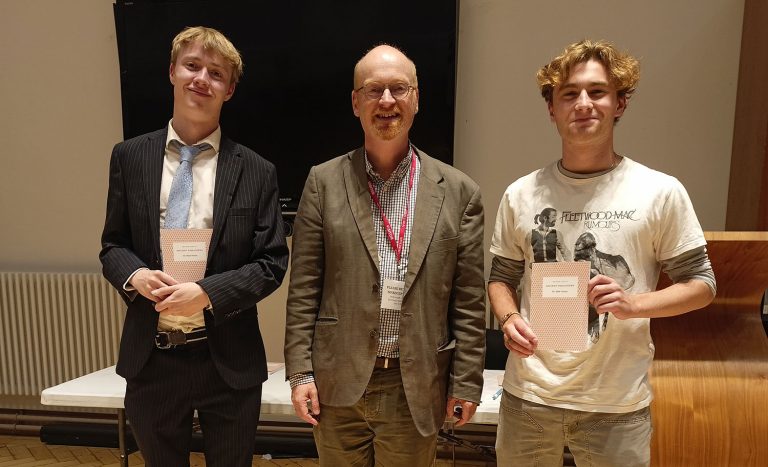 The Philosophy Society was delighted to welcome Dr Mark Vernon back to the College at the end of September. His previous visit had been on Zoom during the pandemic, so his in person return was most welcome as his experience as an author and popular philosopher with BBC Radio and the Guardian newspaper was again readily apparent.

Dr Vernon began his visit by spending time in a Q&A session with Remove scholars entitled Meet a Philosopher. Scholars asked a range of questions about the World of Ideas, the relationship of Science and Philosophy and why some physicists identify as Platonists.

Then, at 7.45pm, his talk for Sixth Form philosophers began. We were soon treated to a captivating talk centred around the question; can we understand Ancient Philosophy?

Dr Vernon’s thorough knowledge of Socrates, Plato, Aristotle and their Hellenistic successors challenged the notion of ancient philosophers having a reduced importance today. His talk expanded the minds and the knowledge of all of us in attendance. For example, a central theme he addressed was how Socrates, Plato and Aristotle were willing to admit their lack of knowledge on many subjects. Given this lack of knowledge, they had to find new ways of obtaining understanding – to find what the Good, the True and the Beautiful were. They advocated – rather radically for the time – that individuals could achieve this, even in disagreement with the larger society they came from.

Such radical teachings have continued to resonate and shape the way philosophers think today. One exemplar is the Socratic Method. This method has caused irritation and disagreement throughout history. Take Socrates’ seemingly simple question asked to many Athenians: who are you? It was not so simple to answer. The discombobulation of such questions caused many ripples. Such questions remain difficult to answer and may cause worry as a person confronts lack of knowledge even about themselves. In Athens, Socrates was eventually declared to be a “polluter of minds”, a traitor to the Athenian state. His death by drinking hemlock (399 BCE) acts as a warning to the dangers of asking questions that many do not want asked.

Why might even a physicist call themselves a Platonist today? Dr Vernon mentioned meeting Oxford’s Roger Penrose and the discussion that followed. Roger pointed out a startling fact to him about the search for reality: that the physical world, the world of Mathematics and the world of the mind overlap. The human mind can contemplate mathematical ideas, which in turn map on to Physics. With the insight that Platonism may well be alive and kicking, Dr Vernon gave a final intellectual challenge. He pushed us to consider that we ought to, in addition, take Aristotle’s words seriously: that our search for reality must be grounded in knowledge of us being “political animals” too. 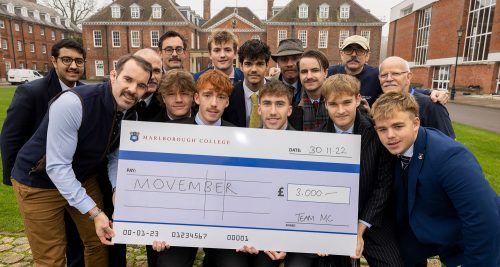 A number of pupils and staff came together to support the men’s health charity, Movember. 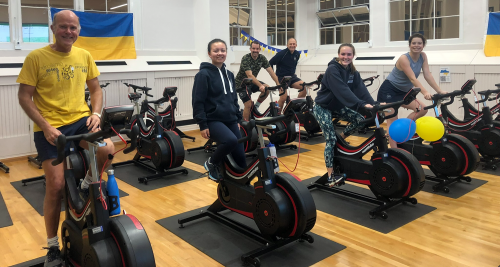 Sunday saw pupils complete the distance from east to west Ukraine on the watt bikes for charity. 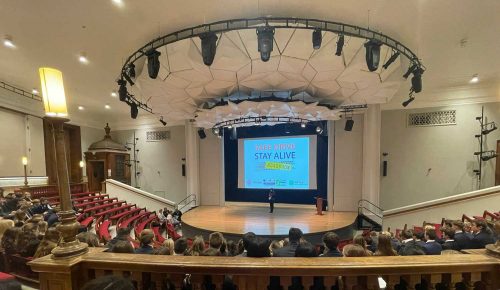