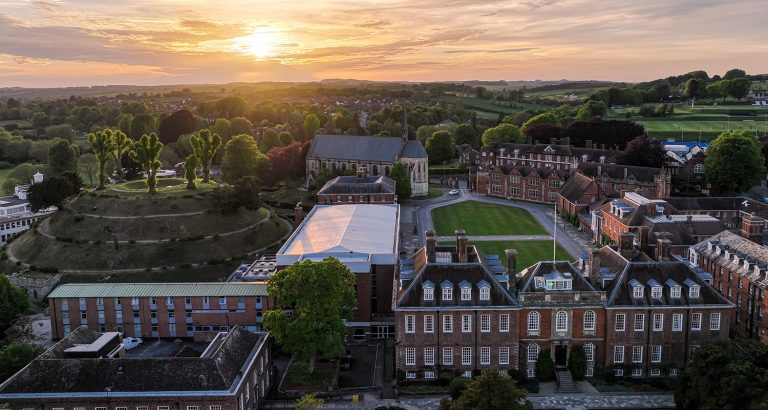 The College extends its warmest congratulations to all our pupils for the following rich array of individual and team successes. These are inevitably only a snap-shot of the term and we know that many more pupils have made noteworthy contributions which we also warmly applaud.

Ted C and Bella M have been appointed to join Grace H and Woody W as Senior Prefects for the Lent and Summer Terms.

Congratulations to our pupils who took part in national competitions. In the Junior Astronomy Challenge, the following pupils were awarded Gold: in the Hundred, George P, Edward G, Finn C, James F and Elliot R; and in the Remove, Abbott B, Aston S, Theo W-B, Milo S and William S. In the UKMT Senior Maths Challenge, Tabitha L (L6), Elliot R (Hu) and William S (Re) achieved the highest scores in their respective year groups. Very special congratulations to Amberly P (U6) on scoring the highest in the school with 104, earning her the chance to sit the British Mathematical Olympiad, the first pupil to do so in a number of years.
Max D M, Iona G and Sean R won first, second and third prize respectively in the prestigious 2022 SACU-Peking University International Essay Competition.

Congratulations to House Harmony winners, Elmhurst, and in the House Shout, bravo to Littlefield, Barton Hill and Elmhurst.

Bella B has received offers of a place to study singing at the Royal Welsh College of Music and at the Birmingham Conservatoire.

Poppy M has been awarded a place to study violin at both the Guildhall School of Music and Drama and at Trinity College for Music.

Hockey: Congratulations to the 1st Xl who competed well in England Hockey’s Tier 1 League; to the 4th XI, U15Bs, U14Bs who won all their matches this season; and to the 3rd XI, U16Bs, U15Cs who were nearly unbeaten, drawing just one match. U16As are currently in the final 16 of their National Tier 2 Cup and U14As are awaiting their semi-final in their Regional Finals.

Star H (U6) made her debut for Reading Ladies 1st XI in the Women’s National Premier League and has been selected for England U18.

Well done to the 32 pupils from across the year groups who have been selected for England Hockey’s County Pathway squads.

Rugby: Congratulations to all who contributed to our success in national competitions. The XV are awaiting their Quarter Final in the U18 Schools Cup and also performed well at the prestigious St Joseph’s Festival. The Junior Colts 1s made it through to the last 32 of the U15 Schools Plate.
James M (L6) and Humphrey B (L6) are training with the Bath U17/18 squad and Charlie B (U6) and Ed W (U6) are preparing for the U18 Premiership games. James C (U6) will join them once he has returned to fitness.

Freddie P (L6) and Josh U (U6) are in the London Irish U18 PDG which will make things interesting in forthcoming Academy fixtures!

Well done to the six Junior Colts training with the Bath DPP programme and the nine Colts boys who are involved with Bath Rugby Academy.

Lacrosse: The 1st X qualified for the Premiership division at South West Schools and won the County Tournament, both for the first time.

Football: The 1st XI have started their defence of the County Cup in style winning 6-3 away to Corsham and the U15As have reached the 3rd round of the ISFA National Cup.

Equestrian: Congratulations to Skye P-B (Re) who won in the 100cm class at the School Equestrian Games National Championship, a prestigious series in the schools eventing calendar.

Fencing: The fencing squad was unbeaten in its regular fixtures this term with eight wins from eight matches – a second successive unbeaten Michaelmas Term for this group of fencers.

Lottie J (Hu) has been selected to represent the Southern Region at the Cadet Winton Tournament in December.

Golf: Congratulations to the 1st Team of Oscar H (Sh), Hugo H (Re), Mickey W (L6), Otto B (U6), Albie P (L6) and Oscar O (U6), who reached the final of the West of England Independent Schools Championships, finishing runners up.

Oscar O (U6) has been selected for the England regional squad, Albie P (L6) has earned selection for Wiltshire and Hugo H (Re) has achieved a single-figure handicap for the first time.

Fives: Hally B (U6) played in the National U23s in London with OM Lena Barton (MM 2015-20), winning the Plate in the Doubles competition. Lena also won the Singles Plate, with OM Ibby Lee (NC 2013-18) winning the 2nd Singles Plate.

Rackets: Many congratulations to the Girls Colts 1st Pair of Sophia M & Naomi R who were crowned U16 national champions after winning the Alex Brodie Cup at Queen’s last weekend. The Girls 1st Pair of Georgie C & Grace H finished runners-up in the U18 Robin Geffen Cup.

Squash: Congratulations to the squad on winning the prestigious Surrey Sports Park Invitational Tournament, beating seven strong teams in the process. Our girls remain unbeaten in weekly fixtures with impressive performances against Wellington, Bryanston and Cheltenham and our boys have won both the Winchester/Cheltenham/Marlborough and Wellington/Radley/Marlborough triangular fixtures.

Basketball: Well done to the Boys’ 1st team who were unbeaten this term, winning all three of their fixtures.

Triathlon: Many congratulations to George T (L6) who successfully competed in the qualifying events for the British Age Group Team at both World and European level and will now be competing for GB at both events next summer.

Clays: Huge congratulations to Sophie H (U6) who became a double World Champion when she won gold in the Skeet Junior Women Individual and the Junior Mixed Pairs events.

In our annual home fixture at Barbury Shooting School, out of 28 teams, Marlborough placed 2nd and 3rd overall.

Swimming: The team won the annual Tri Schools Cup against Bradfield and Stowe.

Willa Gibb (PR 2020-22) has followed Charlotte Longden’s (NC 2017-21) path into GB winter sports. She has been selected to represent the age group GB Bobsleigh team in Lillehammer, Norway and Austria this season.

Congratulations to Archie Griffin (C3 2014-19) who made his professional debut for Bath Rugby in the Premiership Cup at Exeter Chiefs. Archie has also raised £3,000 – to be split between the Little Princess Trust and LooseHeadz – having finally cut his hair (and donated his mullet to the Little Princess Trust) following his long-awaited debut. Recent leaver Byron Lloyd-Gilmour (SU 2020-22) made his first team debut for Bath in their pre-season clash with Coventry, whilst Josh Dingley (C1 2016-21) also completes the trio of OMs currently in the first team ranks at The Rec.