Academic scholars are chosen for being among the brightest academically in their cohort, destined for outstanding results. More meaningfully, however, they should also show a unique flair and independence of mind. They should be engaged, curious, self-reliant and willing to take the initiative. They enjoy difficulty and are both resilient and reflective. They show leadership and empathy as well as being confident in their ability to keep improving.

Academic scholars are appointed externally into both the Shell and the Lower Sixth. Further internal appointments into the Remove and Lower Sixth can also be made where a pupil has shown themselves to be deserving of the title.

This should be an exciting and challenging journey of academic development and self-discovery that begins on arrival and continues through life.

The programme aims to:

The programme is structured into year groups with a typical Lower School year consisting of around six to 12 scholars, rising to between ten and 16 in the Upper School. Separate beaks act as Heads of Year and deliver each year’s programme, thus exposing the scholars to a range of approaches and personalities during their school career. In the first year scholars are encouraged to explore as widely as possible and to follow their curiosity in a bid to find what ignites their interest. As scholars progress up the school the aim is to gradually focus on and then specialise in these academic interests and so strive to have a degree of expertise by the Upper Sixth.

Every scholar is entitled to an annual £100 allowance with which to pursue their academic interests and are given a journal to record their questions, thoughts and findings. Scholars will join together for regular meetings with their Heads of Year. The content of these meetings will vary between year groups but in each case the aim is to present opportunities to test out ideas in a forum that encourages academic imagination and challenges pupils to investigate beyond the confines of limited subject curricula. They may celebrate the achievements of one of the members, address an issue of intellectual importance or enlist support for academic enterprises and compassionate ventures.

In the Sixth Form there are city trips, both at home and abroad, as well as an increasing focus on personal statements and interview practice. Upper School scholars will also get the chance to mentor a scholar from the Remove or Hundred and may be asked to present at meetings, talk at the annual dinner or teach a lesson. Lower School scholars will discuss current affairs over breakfast in the Master’s Lodge as well as being shown some of the College’s hidden treasures such as the Rare Books collection, the Archives Room and the Classics Department’s Egyptian mummy. There is an annual trip to Oxford University in the Remove which includes Old Marlburians showing the scholars around their colleges and discussing university life. In addition, there is an annual Black Tie Dinner as well as more informal wine and cheese nights for the Lower Sixth.

Expectations of Academic Scholars at Marlborough

At all stages of their Marlborough careers, scholars should naturally take a lead and help others to aspire to academic excellence. We expect scholars to be avid readers and to take the initiative in their academic pursuits. We want them to experiment with and explore the full breadth and depth of academic experience on offer and they should take up intellectual challenges beyond their mainstream subjects. All scholars should respond to the challenges presented by the respective departments and act as ambassadors for their subjects.

They should also take full advantage of the many and varied scholastic events outside the classroom. Marlburians are fortunate in having opportunities to hear lectures by internationally renowned experts and leaders in their fields. They will attend recitals by world-class musicians and poets. They will see their peers achieving excellence in exhibitions and in performances at plays and concerts. Scholars’ attendance at these events are monitored in the early years and they are expected to reflect critically upon the content of them in their scholar’s journal as well as encouraging non-scholars to attend these events with them.

Those that continue to be scholars into the Sixth Form will be invited to sign the scholars’ Register and are expected to help mentor a scholar currently in the Lower School. By the end of their school careers it is expected that scholars will have been actively involved in several College societies, with many of them going on to run them.

Scholarships do not result in any financial assistance unless an application for a bursary has been approved.

The performance of all award holders is reviewed on an annual basis by the Master, assisted, as appropriate, by the Deputy Head (Academic), Head of Academic Scholarship and Leadership and the pupil’s Housemaster or Housemistress.

Continued tenure of a scholarship is always subject to the Master’s approval of the holder’s industry and conduct and this will rely, in part, on the pupil’s Progress Indication Reports and internal examinations. Promotion as a scholar from the Lower School into the Sixth Form is not automatic but it is hoped that someone gaining an academic scholarship will hold it for five years (or two years if joining the Lower Sixth as an academic scholar). 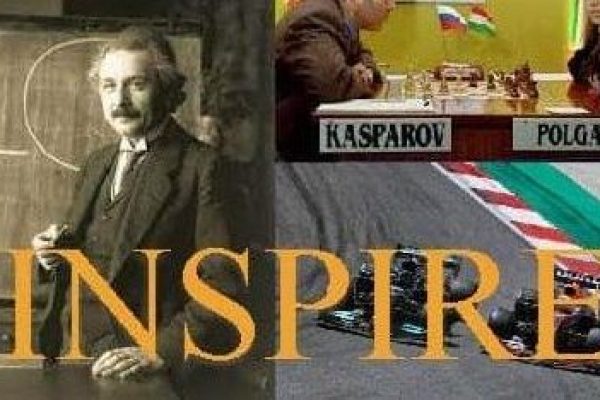 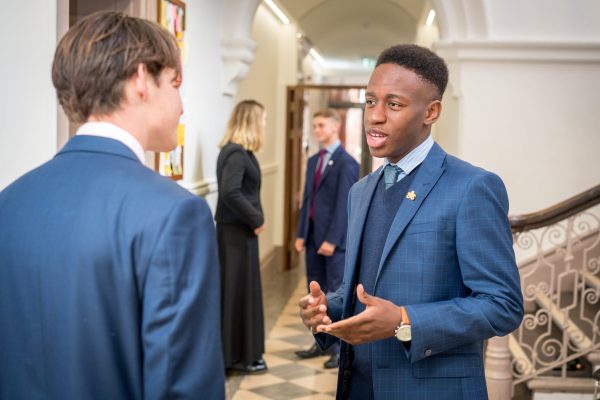 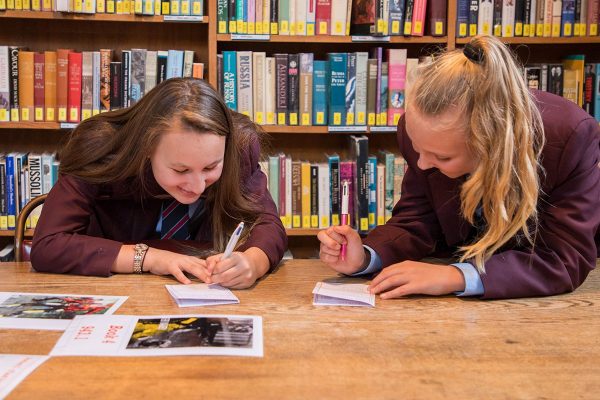