The Symphony Orchestra combines the talents of over 50 instrumental players who work intensely each week through a carefully structured programme of sectional and full rehearsals. The orchestra gives regular performances in the Memorial Hall to large audiences and also uses the Ellis Theatre for more intimate events. Some of the best players and vocalists are invited to perform as soloists with the orchestra in the Lent or Summer Terms. The orchestra’s busy schedule has included high profile charity concerts, outreach events for local primary schools and the exciting new side-by-side project with Marlborough’s professional orchestra in partnership, Southbank Sinfonia.

The Chamber Orchestra aims to engage the whole community with wonderful string music. The intimate and flexible size of the ensemble allows us to make every detail of the concert experience worth the closest audience attention. We programme incredible music from the vitality of the Baroque masters through the warmth of the Romantics to the exciting flair of contemporary works.

At Marlborough, we have a unique view on chamber music based on the experience and vision of our teaching staff in this field. We recognise its importance in building shared links across departments and its ability to bring pupils together through its extraordinary repertoire. We encourage chamber music from Shell through to Upper Sixth with particular regard for the dynamic of each group in terms of age, ability and social compatibility. We understand that life at Marlborough is full, so we prefer to develop chamber music performance through specific projects, be it a workshop with a visiting artist or a formal or informal school performance.

Brasser is a full wind band of 70 and is the flagship of the wind department, performing at concerts regularly throughout the year. The repertoire is varied, from contemporary works to the more traditional and, each year, the band is featured in the wind department’s own popular Christmas Concert. Both the Wind Band and the Big Band have reached the finals of the National Festival of Music for Youth on two occasions, placing them amongst the top ensembles of their kind in the country.

The Big Band rehearses weekly and performs regularly during school concerts. The full-size line up of trumpets, trombones, saxophones and rhythm section plays a variety of swing and rock as well as traditional folk music. The ensemble provides as many opportunities for whole band improvisation and playing by ear as possible. This group is a real bridge between formal, teacher-led activity and more informal music.

Sinfonia Strings is a small, versatile and creative string orchestra consisting of violin, viola, cello and bass pupils in Shell and Remove. The repertoire is varied and appropriate for both the maturity and performance level of the children. Performances are inspiring and imaginative and have included collaborations with storytellers and providing musical accompaniments to silent films. The purpose of the orchestra is to develop our younger students’ ensemble skills as they prepare to progress into our school String Orchestra and Symphony Orchestra.

Any pupil in Shell or Remove who plays a wind, brass or percussion instrument to Grade 3 standard or above is eligible for the College Concert Band. This ensemble, usually made up of around 50 players, exists to complement the weekly work of other groups that are aimed at the less experienced musician. Uniquely, the ensemble also contains Music scholars from Shell and Remove who are very experienced, often working at Grade 8 level and above, whose function in this context is to lead and inspire. Rehearsals take the form of a one-day course in the Michaelmas Term which is repeated in the Lent Term, and includes sectional rehearsals with specialists as well as full ensemble sessions concluding with a concert for parents and friends. In the second half of the Summer Term the group rehearses weekly in preparation for a concert in the final week of the school year. 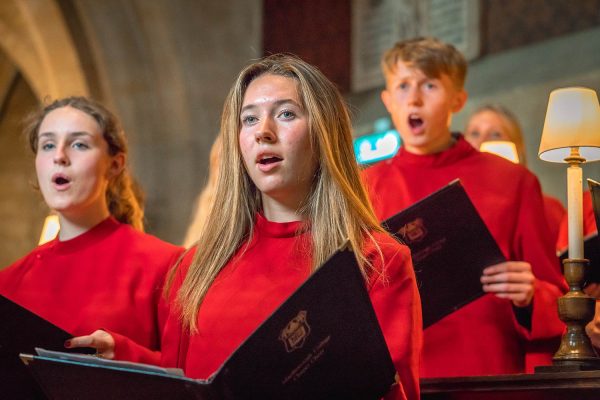 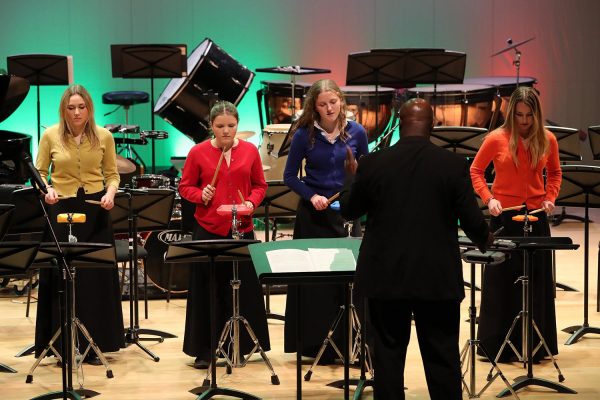 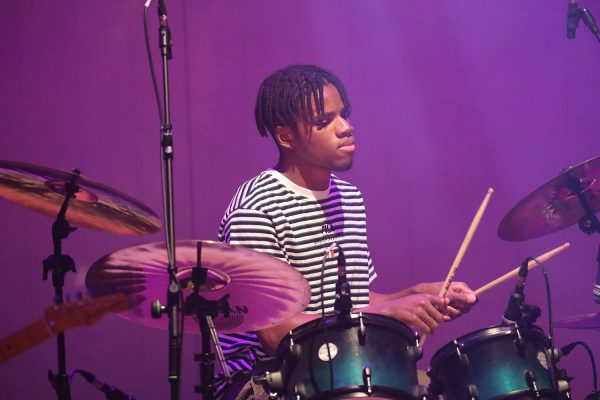 Rock, Pop and Beyond