Apart from the foundations of Marlborough Castle and the churches of St George’s Preshute and St Peter’s, nothing remains from the Middle Ages in the area around the College. The site was of considerable importance between the Conquest and the 14th century and significant events took place at the Castle. There are a few reminders of its significance, and this section will touch on the work of Christopher Blunt (C3 1919–21), the expert on medieval coins who was the brother of Wilfred, the distinguished author and artist, and Anthony, Surveyor of the Queen’s Pictures, scholar and infamous spy. An important charter and statute will be described, and the porch of St Peter’s Church will be included because so many Marlburians have passed through its doors. The last object here is an oddity and it does not belong to the Middle Ages, but like the Bell Trophy (Object 1) it is supposed to evoke this period of history, although in some respects it is an absurdity and could only have been produced in the 19th century. 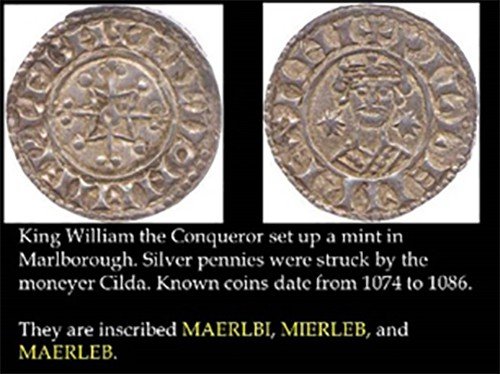 It was probably because of the existence of fortifications that a mint was established in Marlborough in the reign of William the Conqueror. In the 1950s the Sylloge of Coins of the British Isles was established to create a catalogue of existing British coin finds. This project was first promoted in the early 1950s by Christopher Blunt and other members of the British and Royal Numismatic Societies. Sir Frank Stenton helped this to become a Committee of the British Academy.

Blunt, a successful banker, became Director of the British Numismatic Society from 1935 and he was its president between 1946 and 1950. He retired to the beautiful house called Parliament Piece Manor in Ramsbury, where he would entertain guests from the College with fascinating explanations of the coin collection that he had acquired. 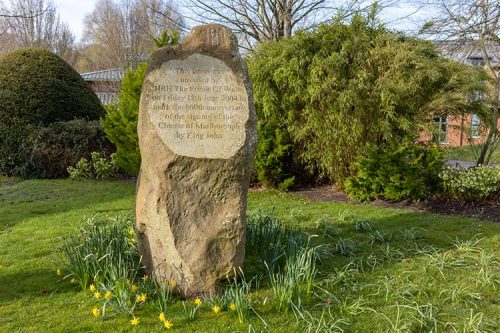 By this charter King John confirmed the Borough of Marlborough’s right to authorise a summer fair starting on the feast of the Assumption of the Blessed Virgin Mary. By the 20th century this had evolved into a sheep fair on the common, a custom that lasted until the 1960s. John granted rights to the town’s merchant class and permitted the twice-weekly markets which exist today. The charter has never been repealed and it has been suggested that a legal case could possibly be made to allow the town’s people to park for free under the ‘quit and free of all toll arising from “passage”’.

The charter covered rights regarding buying, selling and jurisdiction for crimes and property disputes. The people of Marlborough were given the southern part of the Common in exchange for land near the Castle, and this helped to give the town the shape that it has today.

King John spent 135 nights at Marlborough Castle though he never stayed for a whole week at any time. Only Winchester and London saw more of him. 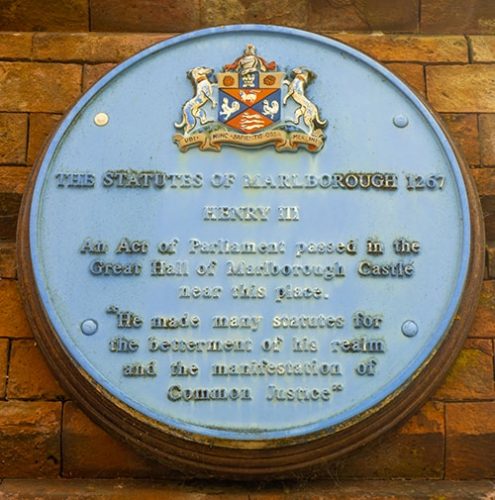 On one of the entrance pillars by the Porters’ Lodge, there is a plaque recalling the importance of the Statute of Marlborough, drawn up at the Castle in 1267. King John’s problems with the barons resulted in the Magna Carta in 1215 and his son, Henry III, also had difficulties with them. Simon de Montfort brought the country to civil war in the 1260s and Henry had to redress their grievances in the Statute of Marlborough in the presence of his two sons and the Papal Legate.

This was the last important episode in the history of the Medieval Castle of Marlborough. The statute declared that it would end ‘the many tribulations and unprofitable dissensions’ of the past and guarantee the ‘peace and tranquillity of the people’. It confirmed the Magna Carta, regulated wardship and protected persons outside the lord’s jurisdiction being forced to attend his court. When Henry died in 1272 the written, enacted law of England consisted of four documents: the Magna Carta, a sister charter which defined Forest Law, the Statute of Merton and the Statute of Marlborough.

Only four of its 29 sections are still in force. In 2014 the Law Commission made plans to remove the statute altogether. The surviving sections are now known as the Distress Act and the Waste Act. The former states that anyone seeking reimbursement for damages must do so through the courts, and the latter ensures that tenants do not lay waste, or sell their lands and other resources without special permission. This is still a concern in modern agriculture. 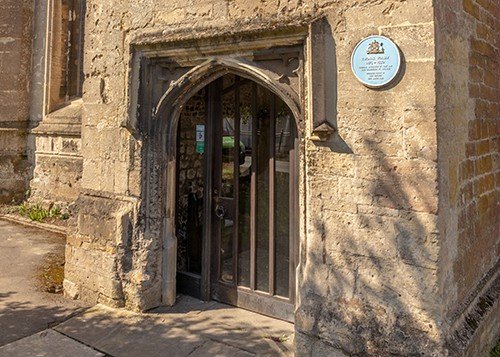 St Peter’s was started around 1460 and the porch was added around 1500. We know that Cardinal Wolsey was ordained here in 1498. 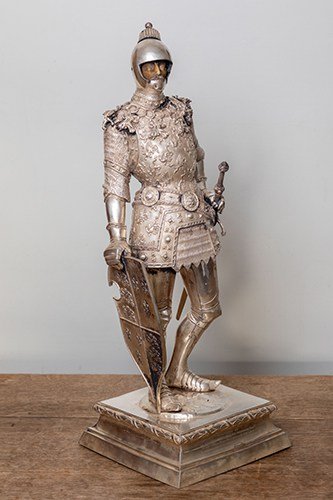 The proportions of the figure are a little disconcerting and the helmet on the tiny head of the knight can be removed so that a candle can be placed in it. Perhaps this would have been used for lighting cigars after dinner? The knight has an almost surreal quality and a degree of absurdity that was fairly common in decorative objects of the period. It was this sort of object that later generations poured ridicule on and gave Victorian design a bad name. In the last 50 years the tide has turned, largely thanks to John Betjeman, and the best work of this period is now regarded highly.

PrevPrevious16–20: Marlborough’s First Masters
Next26–30: Before the College startedNext