There have been so many adventurous Marlburians. Amongst the most interesting is Frank Bickerton (C3 1901–04), Arctic explorer, treasure hunter, soldier, aeronaut, entrepreneur and movie-maker. He made a major contribution to the Australasian Antarctic expedition of 1911–14 for which he designed a sledge.

He was also recruited for Sir Ernest Shackleton’s ‘Endurance’ expedition. Then there was Dr David Pratt (C3 1938–42) who became an essential member of the trans-Antarctic expedition of 1955, working with 90 different companies to source the best vehicles and equipment for the expedition, solving the problem of crossing crevices in the Arctic. He was awarded the Polar Medal and a mountain in the Shackleton Range of Antarctica is named after him, ‘Prat’s Peak’. More recently adventurous OMs include the explorer and writer Redmond O’Hanlon (C1 1960–64) and the mountaineer Jake Meyer (C3 1997–2002).

The objects in this section are diverse and Object 32 probably pushes the definition on an object to the limit, but it would be a shame not to include this story. 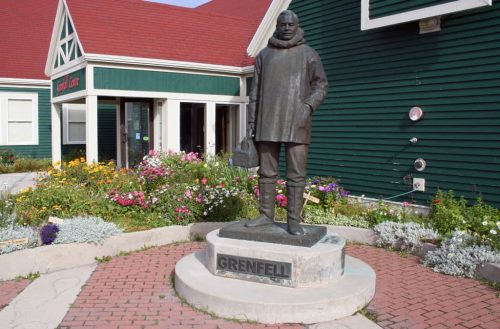 The Royal National Mission to Deep Sea Fishermen sent William Grenfell (C3 1879–81) to Newfoundland in 1892 to improve the plight of coastal inhabitants and fishermen. Grenfell, a master mariner, fitted out the first hospital ship for the Mission and opened cottage hospitals along the coast of Labrador. The Mission expanded greatly from its initial mandate to one of developing schools, an orphanage, co-operatives, industrial projects and social work. Although founded to serve the local area, the Mission developed to include the indigenous people and settlers along the coasts of Labrador and the eastern side of northern Newfoundland.

Once when Grenfell was on his way with his dogs to a Newfoundland village for a medical emergency he was caught on a ‘slob’, a piece of broken ice, from which he managed to get onto an ice pan with the dogs. He was forced to sacrifice some of his dogs to make a fur coat for himself. After drifting for several days without food or fresh water, he was rescued by some villagers in the area. Because of this experience he buried the dogs and put up a plaque saying, ‘Who gave their lives for me.’

Grenfell’s patients often wrote about his caring attention at St Anthony’s Hospital in letters which were published in the Mission’s monthly magazine Among the Deep-Sea Fishers, describing how he would keep in touch to see that all was well upon their return to far-flung homes.

Outside his own home in St Anthony, now a museum, there is a commemorative statue of Grenfell. There is also a stained glass depiction of him in Washington National Cathedral. In the ‘Physicians’ window’ by Wilbur H Burnham, Christ is flanked by Louis Pasteur to the left and Grenfell (in full winter gear) to the right. The Cathedral itself was started according to designs by George Frederick Bodley, the architect of Marlborough’s Chapel. The long serving Bishop of London, Arthur Winnington Ingram (B1 1871–76), assisted at the laying of the foundation stone of the Cathedral in 1907.

In 1953 the first successful ascent of Mount Everest was led by Sir John Hunt (C2 1924–28). Hunt was not the only Marlburian on the expedition. A month earlier a press report read:

News has just been received of an Old Marlburian Mount Everest expedition dinner. It was held at Camp IV on May 2nd. OMs present were Col Hunt, Dr Ward and Major Wylie. Dr Evans and Mr Bourdillon were guests. Owing to a blizzard, dinner had to be eaten in the diners’ respective tents. The dinner was lean pemmican soup a la Bovril, luncheon meat a la WD with carrots and coffee.

No speeches were made owing to the circumstances. It was a beak called Edwin Garnett Kempson (known as ‘G’) who from 1925 onwards introduced many Marlburians to mountaineering, including Hunt. In his memory, the Outdoor Activities Centre is named The Kempson Centre. 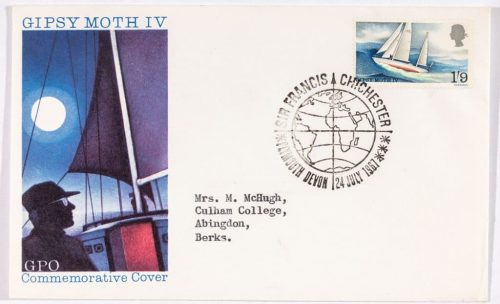 Sir Francis Chichester (C1 1915–18), the acclaimed pioneering aviator and solo yachtsman, is best known for his 1966–67 solo circumnavigation of the globe in the 53-foot ketch Gipsy Moth IV. Chichester was unsentimental about the vessel and indeed he was critical of it. For 36 years this remarkable yacht, designed by Camper & Nicholsons, was preserved next to the Cutty Sark in Greenwich, but in 2004 it was brought from the Greenwich Maritime Trust for £1 and a gin and tonic. After a second circumnavigation of the world Gypsy Moth IV was purchased by a charitable trust which aims to ‘support and maintain her and keep the legacy of Chichester very much alive for future generations.’ 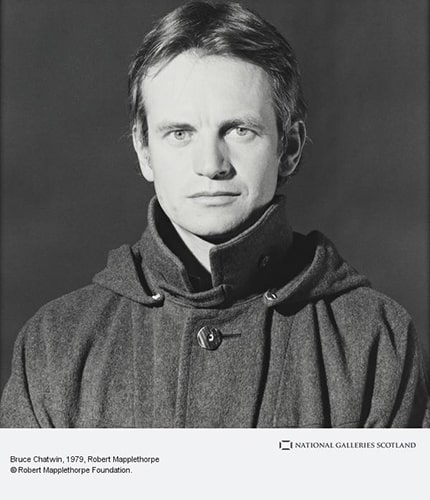 In 1993 Marlborough was fortunate to acquire a fine collection of large prints of photographs taken by the travel writer Bruce Chatwin (B2 1953–58). The Housemaster of B1, Dr Richard Jones Parry, had lived on a farm and it was through this background that he came to know Chatwin’s widow, Elizabeth. This magnificent series of photographs now adorns B House.

Chatwin abandoned a successful career in Sotheby’s because he felt that the endless appraising of paintings had, in a sense, blinded him. He told his bosses he needed to view distant horizons to help him see again, so he went to the Sudan to live with nomadic tribes, and his travels then provided him with an extraordinary life as a writer. The painterly sensibility he developed at Sotheby’s also enabled him to create remarkable pictures. Elizabeth Chatwin recalled that ‘The amazing thing was that you rarely saw him take a photograph. He was very quiet about it. He would whip out his Leica – which was the only camera he had – quickly take the picture, slip the camera into his pocket and walk on.’

Chatwin took photographs of buildings, walls, planks and fabric, in the most remote parts of the world. According to the famous art critic David Sylvester, ‘Chatwin is a specialist, his subject architecture, and within that domain a sub-specialist. Chatwin’s real passion is to reveal the beauty of more elemental structures.’ He loved to take pictures showing the nearest wall of a building at a precise right angle to the line of vision, like the photographer Walker Evans.

The Photographs and Notebooks of Bruce Chatwin was published by Jonathan Cape in 1993, and in that year some of the photographs were shown for the first time, at the Smith Gallery in Covent Garden in an exhibition that celebrated the history of the visual arts at the College on the occasion of its 150th anniversary. 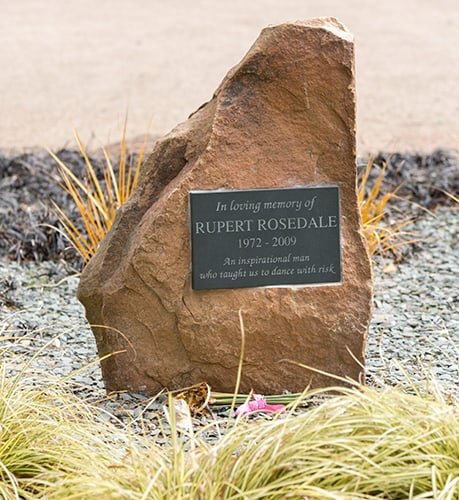 Rupert Rosedale was the head of Outdoor Activities, a distinguished mountaineer and a highly regarded teacher whose expeditions enthralled so many Marlburians, challenging them and giving them self-knowledge. His friend and colleague Larry Lamont wrote that ‘he responded instinctively to the call, thrill and risk of the wild but understood the indescribably powerful valley-bound tug of love and family.’

He was killed in an avalanche in 2009 and a monument to him is placed between the Grotto at the base of the Mound and the site of the Outdoor Activity Centre. ‘There is something deeply comforting that this memorial plaque resides in the wilderness area, first envisaged by Lady Hertford within the grounds of her marital home as the gateway and meeting point between the mortal and immortal worlds – and along with its neighbours the mound and the grotto, this sarsen stone takes its place in the history of this forever changing garden.’

Rupert Rosedale is remembered alongside ‘G’ Kempson, the great Marlborough beak who helped to inspire so many mountaineers, in the work of the Kempson Rosedale Enterprise Trust. This was founded to provide assistance to outgoing young people from the Marlborough schools to do inspiring and remarkable activities which will enrich their lives. Find out more about their work at www.kretrust.com

PrevPrevious26–30: Before the College started
Next36–40: GlassNext